NEW YORK, Jan. 25, 2022 /PRNewswire/ -- Chubb today announced that Miriam Connole has been appointed Chief Financial Officer for Overseas General Insurance, the company's international general insurance operations. Currently, she serves as CFO for Chubb's Europe and Middle East & Africa regions. In her new role, which is effective March 1, Ms. Connole will have overall financial management responsibility for the company's commercial property and casualty, traditional and specialty personal lines, and accident and health insurance businesses in 51 countries and territories outside North America. 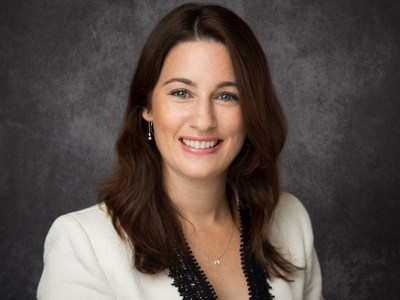 "Miriam has been an exceptional leader in our organization for many years, in different roles and geographies," said Mr. Ortega. "She is an effective manager who thinks strategically. Miriam brings a sound financial knowledge of insurance markets in the U.K., Continental Europe and U.S., and has led a number of critical organizational efficiency initiatives at Chubb. We are pleased to have her in this important role."

"Over more than four decades, John helped shape how Chubb operates today around the world," said Mr. Enns. "John became part of the company when ACE acquired CIGNA's P&C insurance business in 1999 and has played a key role in building the foundations of our international franchise across finance, reinsurance, technology and operations. We thank John for his tremendous contributions and congratulate him as he begins his next chapter."

Chubb Overseas General is comprised of two major businesses: one with retail presence in five regions of the world – Europe, Asia Pacific, Japan, Latin America and Middle East & Africa – and the other an excess and surplus lines operation in the London wholesale market.

Ms. Connole has nearly two decades of experience in insurance and finance. Prior to her current role, she was CFO of Combined Insurance, a Chubb company. She has also served as Financial Controller for Chubb's operations in London. Ms. Connole joined the company, then named ACE, in 2006 as Regional Controller for Emerging Markets. Earlier in her career, she held a number of senior finance positions in the insurance industry, including roles at Burford Capital, Friends Life Group, RSA and AIG. She is a qualified Chartered Accountant and holds a Master of Accounting degree from University College Dublin and a Bachelor of Commerce degree from National University of Ireland, Galway.

About Chubb
Chubb is the world's largest publicly traded property and casualty insurance company. With operations in 54 countries and territories, Chubb provides commercial and personal property and casualty insurance, personal accident and supplemental health insurance, reinsurance and life insurance to a diverse group of clients. As an underwriting company, we assess, assume and manage risk with insight and discipline. We service and pay our claims fairly and promptly. The company is also defined by its extensive product and service offerings, broad distribution capabilities, exceptional financial strength and local operations globally. Parent company Chubb Limited is listed on the New York Stock Exchange (NYSE: CB) and is a component of the S&P 500 index. Chubb maintains executive offices in Zurich, New York, London, Paris and other locations, and employs approximately 31,000 people worldwide. Additional information can be found at: www.chubb.com