NEW YORK, Oct. 7, 2020 /PRNewswire/ -- Chubb announced today that Nandini Mani has been appointed Executive Vice President, Claims for Overseas General Insurance, the company's international general insurance business in 51 countries and territories. Currently, Ms. Mani is Deputy General Counsel and Head of Global Litigation. In her new role, she will be responsible for all aspects of the company's international claims organization, both retail and wholesale, that supports Chubb's property and casualty, accident and health, and personal lines insurance businesses in Europe, Asia Pacific, Latin America, Far East, and Eurasia and Africa. 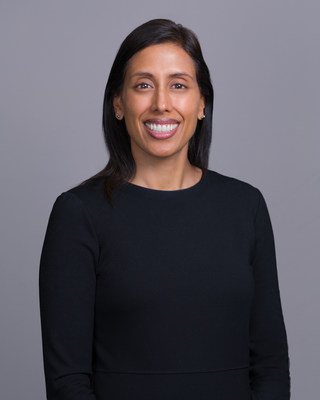 "Nandini brings a stellar background and a strong track record of performance to this role," said Mr. Ortega. "Her appointment is another indicator of Chubb's deep pool of talented leaders."

"Our global claims organization is one of the finest in the world and we understand that claims is where we deliver on our commitments to clients. Nandini's legal experience and knowledge of Chubb will be a valuable addition as she takes on this important role," said Mr. Smith. "I look forward to working with Nandini."

Ms. Mani joined Chubb in 2015, leading all global investigations and litigation. Previously, she served as Managing Counsel at BNY Mellon. Before that, Ms. Mani was an attorney with Debevoise & Plimpton.

About Chubb
With operations in 54 countries and territories, Chubb provides commercial and personal property and casualty insurance, personal accident and supplemental health insurance, reinsurance and life insurance to a diverse group of clients. As an underwriting company, we assess, assume and manage risk with insight and discipline. We service and pay our claims fairly. The company is also defined by its extensive product and service offerings, broad distribution capabilities, exceptional financial strength and local operations globally. Parent company Chubb Limited is listed on the New York Stock Exchange (NYSE: CB) and is a component of the S&P 500 index. Chubb maintains executive offices in Zurich, New York, London, Paris and other locations, and employs approximately 33,000 people worldwide. Additional information can be found at: www.chubb.com